Why license Lucire? | About us | Contact us
Our web edition | The home print edition 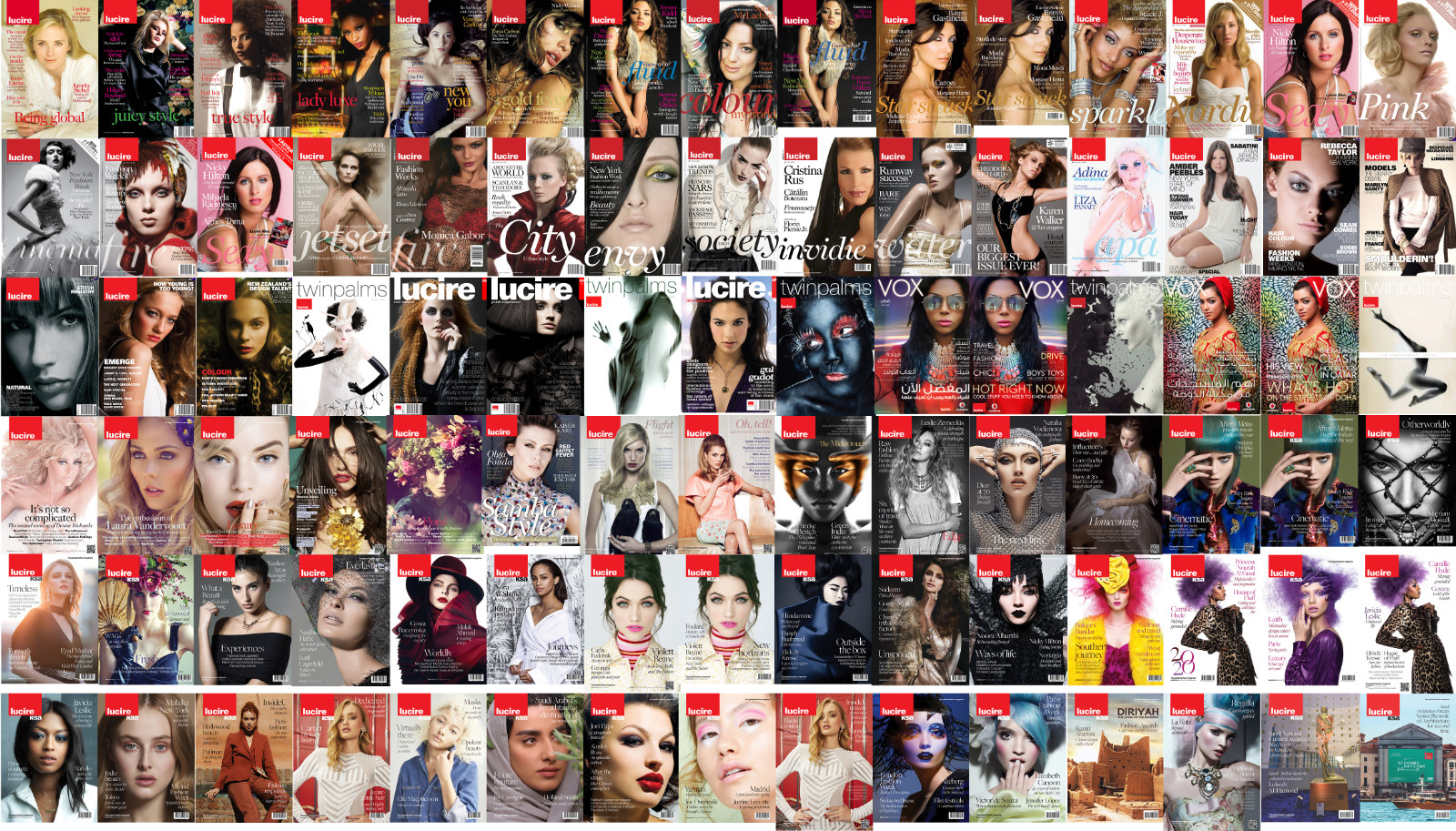 Independent, intelligent, inspirational.
For a quarter-century, that’s been our formula.

Lucire began in 1997 as an online fashion magazine, founded by Jack Yan. It was considered to be ahead of its time even in 1997, thanks to its design. When a major international fashion magazine launched its web edition in the US in 2000, its advertising even appeared on Lucire’s site. In 2000, Lucire dabbled in web video. In 2001, Lucire created a mobile service for Plucker.

In those years before the dot-com bust, Lucire never overspent, it never indulged in extravagant behaviours. The title was all about sensible growth, a formula it uses today. After all, there is no substitute for hard work.

In 2003, it was nominated for a Webby Award. It was also named, after a history of supporting socially responsible causes and a commitment to the environment from the beginning of the century, as UN Environment’s first fashion industry partner.

A print edition was launched in 2004 in its home market of New Zealand. Lucire recognized, especially with demand from netizens, that the public wanted a tactile fashion magazine. The first offshore edition came out in 2005, and licensed editions have appeared internationally since.

Lucire believes through constant learning that it’s found a winning formula in each medium, and will keep evolving it.

Many traditional print magazines are too corporate, often soulless—not fitting in an era when consumers are more savvy, more questioning, and more expectant of providing feedback. Lucire, a product of a transparent web era with a team dedicated to meritorious coverage, brings its message to different media. It recognizes the world is united and globally connected—our content is mostly international, complementing the local and regional. The modern audience is globally aware, and they expect the same from their fashion magazines. Its team has believed this from the start, and it seems the world has headed this way. Lucire recognizes aspiration, style and engagement go hand in hand.

Only one title, born on the web, with its finger on the pulse of the fashion world, is best placed to reach 21st-century consumers in different media. Whether online or in print, Lucire’s blend of intelligent writing, independent editorial, and outstanding visuals make it the title to work with, when it’s important to have something distinctive that shows that you’re in the know.

• Each issue of Lucire reaches 6·6 people
• Lucire target market is young and upwardly mobile
• Two-thirds of readers are aged between 15 and 34 years
• Four in ten have a household income greater than $50,000 per annum
• Lucire readers love fashion, with 50 per cent of readers spending more than $1,000 a year on fashion
• Core audience has an international mindset and loves fashion
• Over 52 per cent have had tertiary education

We’ve received endorsements and positive coverage from our peers since we started, including Harper’s Bazaar Australia’s ‘The A-list of Style’ and Vogue Korea’s ‘Must-Site’. Here’s just a small selection.